Charlie was a Member of our Family!

A good friend sent a card “In the loss of your pet!”  What a wonderful thing to do.  But was Charlie ONLY a pet?  Let me tell you a little bit more about Charlie

Charlie had quite a personality and was the smartest dog I have ever known.  When we would begin to get ready to go on vacation, Charlie knew we were leaving.  Charlie knew that we were going to leave and protested the suitcases on the bed in the bedroom by barking and, then,  becoming lethargic.

On the way to the kennel or to the vet, Charlie knew when it was going to happen, he would howl out his brains.  His little lips would quiver so that you would think he was being tortured.  He did not want to leave the house but, then, he was a runner!  It does not make sense. 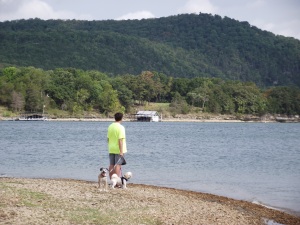 When Charlie was young, we trained him to sit and shake hands.  He shook hands with his left paw.  (That should tell you something about Charlie.) Later, he learned “wait.”  But all we had to do was talk to Charlie and he knew what to do. Caretakers at the kennel marveled that Charlie was like talking to a human being.

When he wanted something from me, he would come and sit in front of me and try to talk to me.  I would go through a list of things that he might want.  When I hit the right one, he would jump up and down.  He did not bark.  He made different types of noises and moved his lips.  Even on the day he died he was trying to tell me something, but I did not understand him.  I can still see his crumpled up lips talking to me.

Charlie knew where everything in a room was located.  If something was different, new, or out of place, the first thing he would do would be to go over to whatever was changed.  What a nose he had!  There is so much more to tell about Charlie, but this is enough.  I am may be  boring you.

We took his collar and hung it on a wall in our house.  Charlie is gone, but he will always be with us.

As always, this post is copyrighted by Marla J. Selvidge.