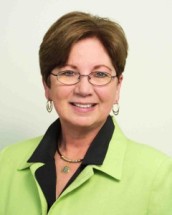 Selvidge is a recently retired Religious Studies professor, now Professor Emerita at UCM.  She has spent most of her life studying and teaching about religions.  Visiting over sixty countries, she has explored  many, many religions firsthand.  When she began studying the life of Elvis, she realized that he had read many of the same books she had read in preparation for her course on “New Religions.”

For over three decades, she hosted a variety of religions and their representatives on the campuses where she taught.  She developed almost thirty college classes in her career.

The following photo was taken about ten years ago.  Over 1,000 people came to his lectures.  The Swami is on the right and Selvidge is on the left.

As she discusses Elvis’ quest, she will insert her own photos and experiences with the religions that he studied.

Throughout those many years as a professor, she was supported and accompanied by her wonderful companion and husband, Thomas C. Hemling, Ph.D. a scientist, and Director of Global Research for an animal health company.

Marla and Tom in Katmandu

They live in a suburb of Kansas City, Missouri with their two canines, Prince Charles and Princess Twinkers.

You can find her publications on Amazon or just google her name, Marla J. Selvidge.  If you find any negative stuff,  just ignore it!!